LEARN MORE
Known as a pearl of Siberia and recognized as a part of UNESCO Worlds Heritage, Lake Baikal is a unique natural formation on the Earth. Being one of the world’s oldest geographical features formed nearly 30 million years ago, Lake Baikal differs with its original peculiarities from other world’s freshwater lakes.It is the deepest (more than 1642 m), largest (banana-shaped Baikal is 636km from north to south) and oldest continental water-body on the Planet and contains 23,600 km2 of water or about 20% of the world’s supply. The bottom of the lake is 1182 m bellow the level of the world ocean. In fact it’s not a lake at all, but the world’s future fifth ocean containing more fresh water than North America’s five Great Lakes combined). The amplitude of the Earth’s Crust trough under the lake (12977 m) is about 2 km. deeper than the deepest point of the ocean floor — Mariana Trench (11022 m). Such deep rift faults were found nowhere else on the Earth’s continents. There are more than 30 islands, Olkhon is the biggest of them.

Swiftly roaring down high ridges to the lake, many streams and rivers have cut through the mountains deep, narrow, dark canyons. In the places where the streams come across hard rock ledges they make up picturesque cascades. The Baikal water is distinguished by its extraordinary clarity and cleanness and have an exclusive transparency (the water clarity is 40 m deep that is maximum in general for lakes) and minimum mineralization and suspended particles of various composition. Despite some environmental concerns, it’s pure enough to drink in most places but use common sense. Fed by 300 rivers, Baikal is drained by just one, the Angara. On the steep slopes to the height of 600-800 m above the lake level the taiga rises. Up the slope, forests are replaced by sparse growth of trees and higher up stretches out the tundra.An outstanding feature of Lake Baikal, consisting in both riches and originality of its fauna and flora, attracts attention of experts all around the world. 80% of 2635 known species and subspecies of hydrobionts in the lake are found nowhere else, that means they are endemic.
Throughout the immense time of its existence Baikal, sheltering a unique community of life, has outlived many other natural phenomena. It does not cease to surprise explorers step by step revealing its mysteries and astonishing them with new riddles.

The region of Baikal is always bathed in sunlight. In fact, the area is distinctive for sunshine longevity which is record-high for the whole of Russia. Therefore Baikal offers some of the best conditions for active tourism and recreation. Ecological tourism is one of the most popular types of tourism at Baikal lake. Warm bays, beautiful landscapes picturesque trails – this is real treasures of the region.

Cultural and historical tourism are also widely developing based on the rich historical heritage of the region.

Until now Olkhon island is the center of shamanism, preserving knowledge of ancient traditions and legends of Buryat people. The indigenous Buryats, adherents of shamanism, believe the island to be a spiritual place. Located on its western coast Shaman’s Rock , or the Shamanka is Baikal’s most famous landmark, one of nine most sacred places in Asia. Natives believe that Burkhan, a modern religious cult figure of the Altai peoples, lives in the cave in this rock.

Architectural complex of Circum Baikal Railway was built more than a hundred years ago, and is an outstanding landmark to the construction and engineering art. The railway was supposed to be a continuation of the Trans-Siberian railway, and was very important for Russia strategically, that was the reason why such complicated project was ever started.There are a lot of beautifully constructed tunnels and bridges along the way, making Circum-Baikal somewhat of a railway monument. 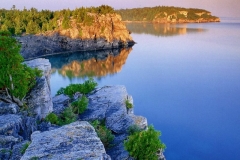 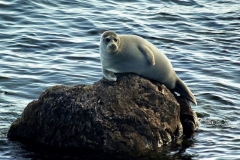 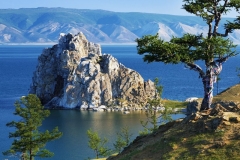 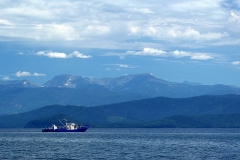 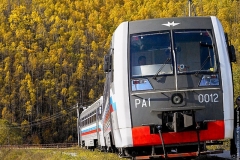 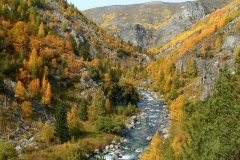 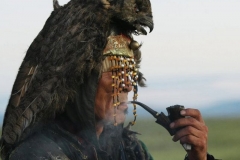 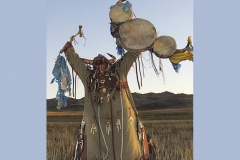 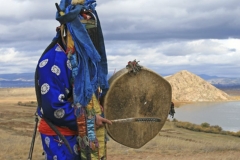 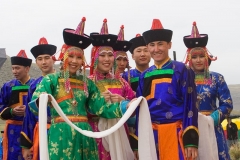 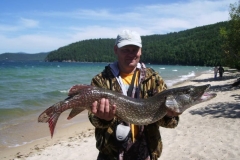 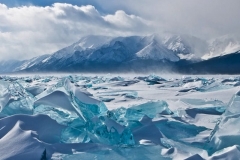