Altai maral is one of the largest deer species of the world, it has shoulder height up to 1,55m and weighs up to 300kg. Maral is also one of most beautiful and gainly game animals of Russia. We offer Maral hunting tour in one of the best picturesque areas of Southern Siberia, holding vast variety of fauna and flora. Altai region lies in the very heart of Eurasia, where the Siberian taiga, the steppes of Kazakhstan, the semi-deserts of Mongolia and the impressive Altai Mountains meet together. Altai, being a true highland, has stunningly beautiful landscapes, somewhat like a kind of Russian Tibet, some also called it the Russian Switzerland. In this majestic landscape you can enjoy hunting for maral, accompanied by its mountains, river and lakes at the altitudes of 600 to 1900m.

Camps and hunting cabins we use for the these tours usually situated on the river banks and have clean, warm and comfortable conditions. Our base camps are equipped with showers or sauna and electric generators.

The tours are available all-the-year-around, except for May to July, the best time being from early September to early October. Basically tours lasts 5 days. Be also prepared for extensive walking in a steep mountainous area and rugged forested terrain. And the large maral horns will become a great trophy even for the experienced hunter. 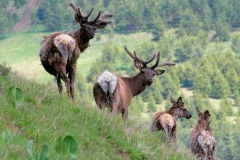 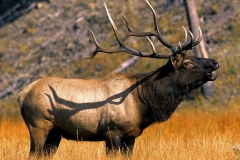 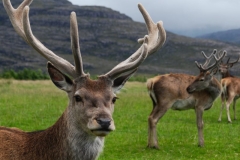 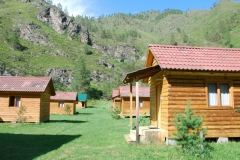 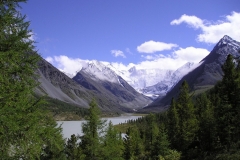 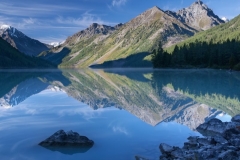 LAKE IN THE MOUNTAINS 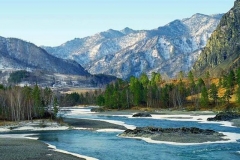 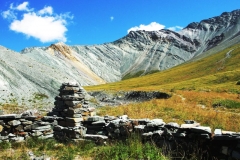 RUINS IN THE MOUNTAINS 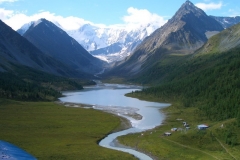