Kamchatka is without exaggeration one of the most spectacular regions in Russia. Once you visit Kamchatka you understand that you’re in a special place. No matter what you went through to get here and how long you’ve spent grounded, it was all worth it. This mysterious land, 900-mile-long peninsula roughly the size of France, simultaneously severe and enthralling, located near the eastern borders of Russia and is bordered by the Pacific Ocean and the Bering and Okhotsk Seas, is one of the richest in the world on natural and recreational resources. Its far eastern location was the reason for its extreme secrecy until fairly recently, only 400000 Soviet persons were allowed to live there, and all with special military clearances. A little bit west of the Aleutian Islands, the peninsula was just far east enough to eavesdrop on the US during the Cold War. Maybe that is why In Kamchatka you will be in such close contact with nature that is very rare in the modern world. While Kamchatka was shrouded in military secrecy, its animal population was left to flourish. Some of the largest grizzly bears in the world roam Kamchatka’s interior, while tens of millions of salmon invade its streams and rivers each summer, just as they have for thousands of years.

The Kamchatka Peninsula is also known as the «land of fire and ice». Being also one of five major geothermal areas in the world, due to the fact that it lies on the Great Pacific “ring of fire”, Kamchatka has numerous volcanoes, geysers, hot springs, and even a lake of acid. Nineteen of Kamchatka’s volcanoes constitute the «Volcanoes of Kamchatka» UNESCO World Heritage Site and with its more than 200 volcanoes, 30 of them active, Kamchatka is a prime spot of study for the world’s vulcanologists.

Kamchatka climate is diverse and numbers several climate zones, divided along alpine, coastal and geothermal lines. It contains the southernmost expanse of arctic tundra in the world, highest and most northerly areas having a polar climate, while in southern parts summer temperatures are high enough to allow swimming in Avacha bay.

Thermal and mineral sources of Kamchatka, volcanoes and glaciers, well-known Valley of geysers, various, in the majority of places not touched with civilization flora and fauna, create the big opportunities for development of ecological tourism, sports fishing, mountain-skiing tourism, mountaineering. Coast of peninsula gives unforgettable impression, with cliffs abruptly breaking in foaming waves of the sea, beautiful bays and gulfs where go the rivers with crystal-clear water and where on ledges of rocks are hundred thousand sea birds and sea eagles. On set stony islands have a rest numerous seals, and in coastal waters play dolphins and mysterious white whales.

A plenty of the nature sanctuaries representing unique sources on Kamchatka, falls, rocks, volcanoes, islands with colonies of birds, lakes and fjords, hills and natural boundaries, fish and animal areas and close areas always will involve the tourists loving nature.

Kamchatka offers various options for both winter and summer activities. In winter it is good for adventure snowmobile, ski, heliskiing, dog sledding tours, mountain skiing and snowboarding on the volcano slopes, ethnographic and educational tours, ice fishing and hunting.

In summer climbing volcanoes, boat excursions around Avacha Bay, fishing and rafting on the numerous rivers are very popular. Ethnographic tours with visits to the indigenous people (Itelmen, Koryak and Evenk) villages and herding camps attract many tourists too.

Everyone finds something different here: amazing snow-capped peaks, pristine alpine lakes, wild rivers with a lot of fish, unique nature parks, hot springs and geysers. This beautiful land will not leave anyone indifferent. 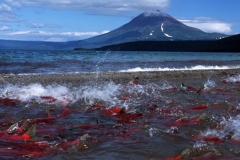 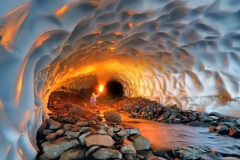 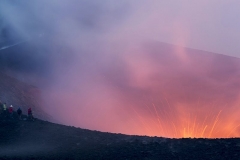 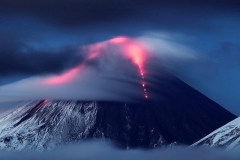 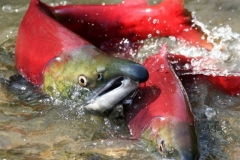 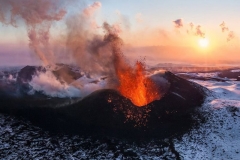 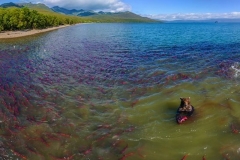 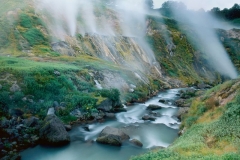 VALLEY OF THE GEYSERS 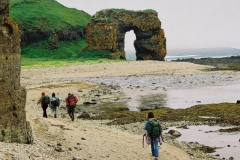 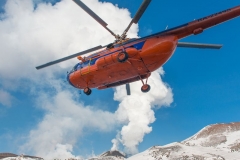 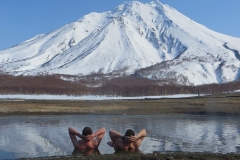 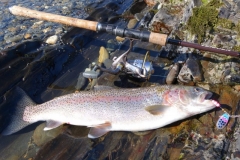 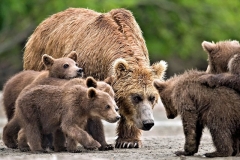 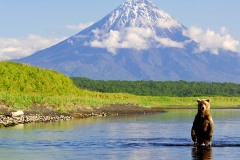 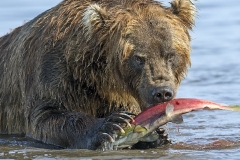