LEARN MORE
The Kola Peninsula is a peninsula in the extreme northwest part of Russia, bordered by the Barents Sea in the north and the White Sea in the east and southeast and close to the Russia’s borders with Norway and Finland.It almost completely lies to the north of the Arctic Circle, covers some 100,000 square km and extends across the Arctic Circle for about 305 km north-south and 400 km east-west. Despite the peninsula’s northerly location, its proximity to the Gulf Stream leads to unusually high temperatures in winter and relatively mild summers, with average highs in July exceeding +17 °C, but also results in the temperature variations between land and the Barents Sea. The «midnight sun» is above the horizon from late May to late July, but the period with continuous daylight lasts a bit longer, polar night lasts from late November to mid-January..
The Kola Peninsula is extremely rich in various ores and minerals due to the fact that the last ice age removed the top sediment layer of the soil. Deposits of construction materials such as granite, quartzite, and limestone are also abundant.[Two mountain ranges: the Khibiny Mountains and the Lovozero Massif, covering the inland part of the peninsula, contain mineral strata with a treasure trove of exotic minerals that get the world’s geologists and rock collectors salivating. Pristine wilderness of the Khibiny is also dazzling and travellers find here perfect skiing scene that lasts until mid-May.

The Peninsula also contains a relic of history: the deepest hole on earth. As the race in space was winding down, soviet scientists turned inwards and drilled it off and on for 24 years from 1970 to 1994. They got down as far as about 12 kilometers, deeper than the deepest ocean, before blistering heat of 356 degrees Fahrenheit, made them stop.

The city of Murmansk — the administrative center of Murmansk Oblas is the most populous human settlement on the peninsulawith a population of over 300000. Murmansk is the world’s largest city north of the Arctic Circle and an important Russian naval base and commercial port. Despite its extreme northern location, Murmansk is nearly the same as any other Russian city of its size, featuring highway and railway access to the rest of Europe, a railway station, and the northernmost trolleybus system on Earth. A mere baby by Russian standards (the city will celebrate its 100th birthday in 2016) Murmansk was the last city founded in the Russian Empire. Founded in 1916 as Romanov-na-Murmanye, the city developed almost overnight during WWI as the communication between Russia and the Allies was cut and the ice-free harbors of the Murman Coast remained the only means of sending the war supplies to the Eastern Front.

During the Russian Civil War, the town was occupied by the Western powers and the White Army forces, fighting communists. Renamed later Murmansk, the city served as a port for the arctic convoys during World War II, being a major link to the Allied nations of Western world for the Soviet Union and was bombed to bits. German forces in Finnish territory launched an offensive against the city in 1941, and Murmansk suffered extensive destruction, the magnitude of which was rivaled only by the destruction of Stalingrad. However, fierce Soviet resistance and harsh local weather conditions prevented the Germans from capturing the city and cutting off the vital Karelian railway line and the ice-free harbor. After the war Murmansk became the Soviet Union’s most important submarine base and a center of icebreaker activity. Nowadays, after the dissolution of the Soviet Union, the nearby city and naval base of Severomorsk remains the headquarters of the Russian Northern Fleet.

The city of Murmansk is an important port on the Northern Sea Route, an Arctic ocean shipping route connecting the Atlantic and Pacific oceans. It is also set to be the Russian terminus of the Arctic Bridge (or Arctic Sea Bridge), a sea route linking it to the Canadian port of Churchill, Manitoba. The passage has not been fully tested for commercial shipping yet, but Russia has shown interest in it. It is believed that, once developed (along with the Northwest Passage), the bridge will serve as a major trade route between Europe and Asia.

Geting much of its wealth from the cornucopia of minerals found beneath the ground of the Kola Peninsula, exploitation of natural resources in the Arctic and close ties with its Scandinavian neighbours, now Murmansk is a bustling, rapidly modernising city. It is surrounded by incomparable, in some cases, post-apocalyptic Arctic scenery. During the winter darkness the Northern Lights over the snow-covered landscape are an eerie, magical sight, while in summer, during the months of the midnight sun the place become a playground for outdoor adventurers. Walking up into the nearby hills offers remarkable views over the city, Kola bay and the surrounding completely barren mountains — revealing how far north the city really is. 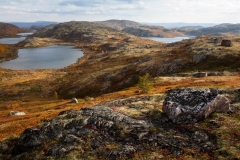 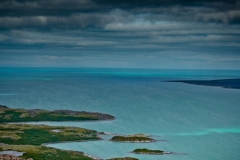 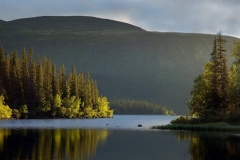 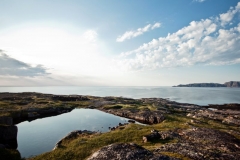 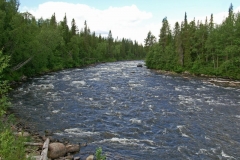 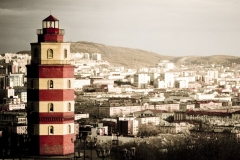 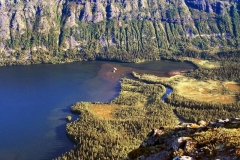 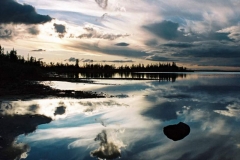 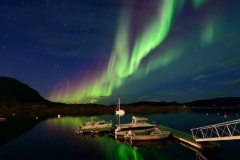 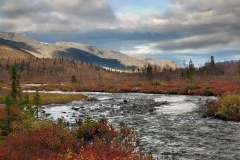 AUTUMN RIVERS OF THE PENINSULA 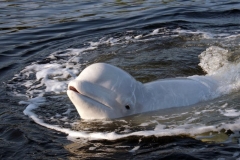 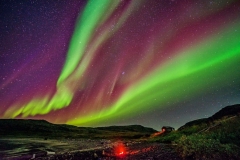 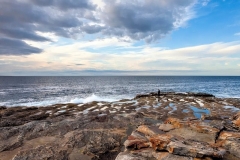 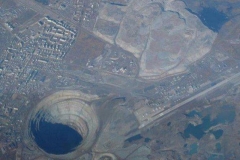 THE DEAPERST HOLE IN THE WORLD