LEARN MORE
Kazan (from the Tatar people language the word “qazan” means a “boiler” or “cauldron”) is the Istanbul of the Volga. Located between Europe and Asia, having both Russian and Tatar populations, Kazan peacefully blends Muslim and Christian cultures. It is about 150 years older than Moscow and the capital of the Tatarstan Republic – the land of the Volga Tatars, a Turkic people commonly associated with Chinggis Khaan’s hordes. According to the official version, Kazan was founded no less than 1000 years ago as an outpost on the northern borders of Volzhkaya Bulgaria. In the 13th-14th centuries, Kazan rapidly developed and became an important trade and political center of the Golden Horde. The favorable geographical location on the trade ways connecting East and West was the reason for the growth of Kazan. In 1438, Kazan became the capital of a powerful, independent Tatar khanate, which emerged from the empire of the Golden Horde. There were several conflicts with the Moscow state and as a result the town was eventually conquered by the Russian Tsar Ivan the Terrible in 1552. Nowadays slavic Russians make up about half of the population, and this cultural conflux of Slavic and Tatar cultures makes Kazan an all-the-more-interesting city.

With a population of about 1.3 million (2011 census), a rich history, deep culture and strong economic influence, Kazan holds the title of «The Third Capital of Russia» (after Moscow and S.Petersburg).

The city has been undergoing a total renovation since 2000. Kazan metro was opened in 2005. The city celebrated its millennium in 2005, for which the city got a major facelift. Visitors today will be able to see many of the reconstructed or newly-constructed sites from the anniversary celebration. Оne of the largest mosques in Russia (Qolsharif) was built inside Kazan Kremlin walls. Also, Millennium Bridge was opened in 2005. Kazan has just recently earned the reputation of a sports city too, due to its recent investments in this domain. Kazan organized the World Summer Universiade 2013, hosted the 2013 Summer Universiade, the 2014 World Fencing Championships and the 2015 World Aquatics Championships, and will be a host city for the 2017 World Rhythmic Gymnastics Championships, and FIFA World Cup in 2018 in Russia. Both the World Cup and Universiade events are enhancing the city’s booming construction.

Kazan has long been a focal point of higher education in Russia and still remains a university city, with some of Russia’s top universities. Many foreign students study in Kazan, adding more cultural diversity to the city.

There is a must-see event in Kazan — a widely celebrated in the beginning of summer national holiday Sabantuy — tatar summer festival, one of the major symbols of Tatarstan. Joking competitions such as race-in-sack, pillar-climbing, egg-in-spoon-in-mouth-racing, sacks-battle on the crossbar, pot smashing, finding a coin in a qatıq (a beverage made from sour milk) etc. as well as serious sport events — horse races, wrestling matches and other contests – feature prominently during Sabantuy and are also often combined with the folk and pop music festivals, as well as accordion music festivals, named “Play, accordion!”.

The historical symbol of Kazan, depicted on its coat of arms and flag, is a mythical dragon-creature Zilant often mentioned in local legends. The dragon is the symbol of creation and the power that helps people. It also symbolizes might, greatness, life, light, wisdom, invincibility, immortality and eternal rebirth. Kazan, this vibrant city with over 1000 years of history, where Europe and Asia curiously inspect each other from the tops of church belfries and minarets is an excellent travel destination, and the number of tourists visiting is rapidly increasing every year. 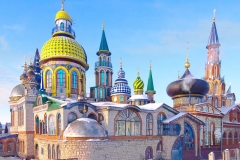 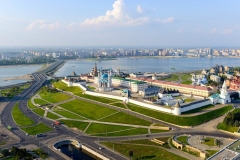 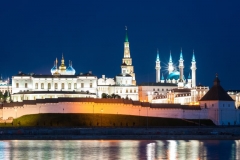 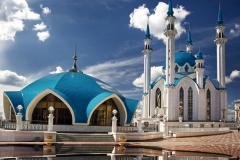 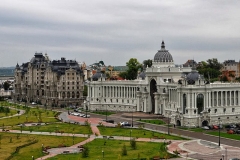 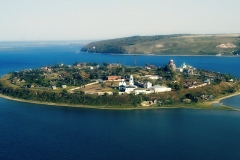 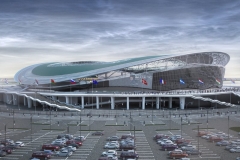 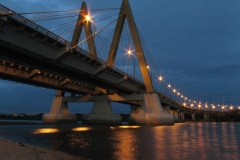 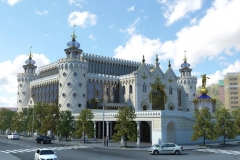